Can you believe it's February?! We think you are doing a smashing job learning from home. There are some other interesting facts here for you if you want to explore a little bit more.

This week, the extra learning is about children who changed history. There are 10 children you can learn about at the first link below and then there are 5 in a bit more detail below. These 5 have extra links to videos and other sites so you can easily learn more about them.

Children who grew up to change the world

Click the link below to find out about 10 children who grew up to change the world. We'll look at some of them in detail this week.

Children who changed the world

Rosa Parks was just an ordinary woman. She lived in Alabama in the USA at a time when black people were not allowed to mix with white people. This was a time called 'segregation'. Rosa became famous when she stood up for what she believed to be the right thing - she refused to give up her seat on the bus for a white person. This small act changed American society forever. Read a bit more about Rosa Parks below:

Click the link below  to find out more about Rosa Parks.

What can we learn from Rosa's example? Do you think people have learned anything from Rosa?

Who was Martin Luther King?

He lived over 60 years ago and led the fight for equal rights for black people in America. Click the link to watch a BBC clip about him - it's a Key Stage 1 clip but a good introduction to get us started.

Martin Luther King made a famous speech. It contained the words "I have a dream ..." He gave a very passionate speech to the people of America about his dream for black people to be seen as equal to white people. He dreamed  that his children would grow up to be valued for who they were rather than judged by the colour of their skin.

The first protest he led was the Montgomery Bus Boycott - this started when Rosa Parks (see above) refused to give up her seat on the bus to a white man. Martin Luther King won and segregation on buses stopped - this meant that black and white people could travel together on buses.

Martin Luther King and the civil rights movement, hoped to be able to end segregation in schools, public places and to protect black people from police abuse and discrimination.

Click below to read more about Martin Luther King

Listen to this Schools Radio clip. This is one child's experience of that dream.

Is there something you feel passionate about? What's your dream about how the future could be?

Harriet was born a slave on a plantation in America in 1820 or 1821 - the births of slaves weren't considered important enough to keep a record of.  She was born Araminta Ross but, when she was 13, she took her mother's name. (Imagine that! What would your name become if, at 13, you had to take your mum's name?)

Life as a slave was difficult. Harriet lived in a one roomed cabin with her family of 10 other children! When she was 6, she was loaned out to another family to take care of a baby; she was sometimes beaten and all she ate were scraps from the table.

Harriet grew up in slavery - working on the plantations and working hard! In 1849 she decided to escape. So she could be truly free, she had to escape all the way from Alabama to Canada without being caught! Harriet became famous as an Underground Railway Conductor. She led 19 different escapes from the south and helped around 300 slaves to escape to freedom! (300 people!)

Harriet was very very brave. She risked her life and freedom to help others. She also helped her family, including her mum and dad, to escape from slavery. She was never caught and she never lost a slave!

Click below to watch a short film about Harriet Tubman.

What have you done that has been brave?

Muhammad Ali was born in Kentucky in 1942 and his real name was Cassius Marcellus Clay. He chose the name Muhammad Ali because he said it was a 'free' name and it meant 'beloved of God'. He grew up with the segregation laws all around him - he couldn't go to the same school, restaurants, swimming pools or toilets as white people.

As he grew up, Muhammad discovered he had a talent for boxing. He fought 105 fights as an amateur boxer and he won 100 of them! He won  several Gold Glove championships and was soon considered one of the best amateur light-heavyweight boxers in the world.

Muhammad Ali was also known as an 'activist'; someone who worked tirelessly to promote the cause he believed in. The cause that Muhammad Ali believed in was equality between black and white people. There is a story that in 1960, after he had won an Olympic championship, Muhammad Ali was refused a table in a "white person's restaurant" in his hometown. This made him extremely angry and it is said that he threw his Olympic medal into the Ohio river!

Muhammad Ali became a world famous symbol of the civil rights movement. Read more about him at the link below.

If you could become a world famous symbol for something, what would it be?

Nelson Mandela was a civil rights leader in South Africa where he fought against apartheid - a system where black people were separated from white people and did not have equal rights.

He spent 27 years  in prison for his beliefs - he wanted people of all races to have equal rights in South Africa. He was released in 1990 and continued his campaign to end apartheid. His hard work and lifelong effort paid off when all races were allowed to vote in the 1994 election. Nelson Mandela won the election and became the President of South Africa.

Read more about Nelson Mandela at the link below.

Although these people are all older, once upon a time they were children with a passionate belief that they could grow up and achieve something amazing. With their determination they did! 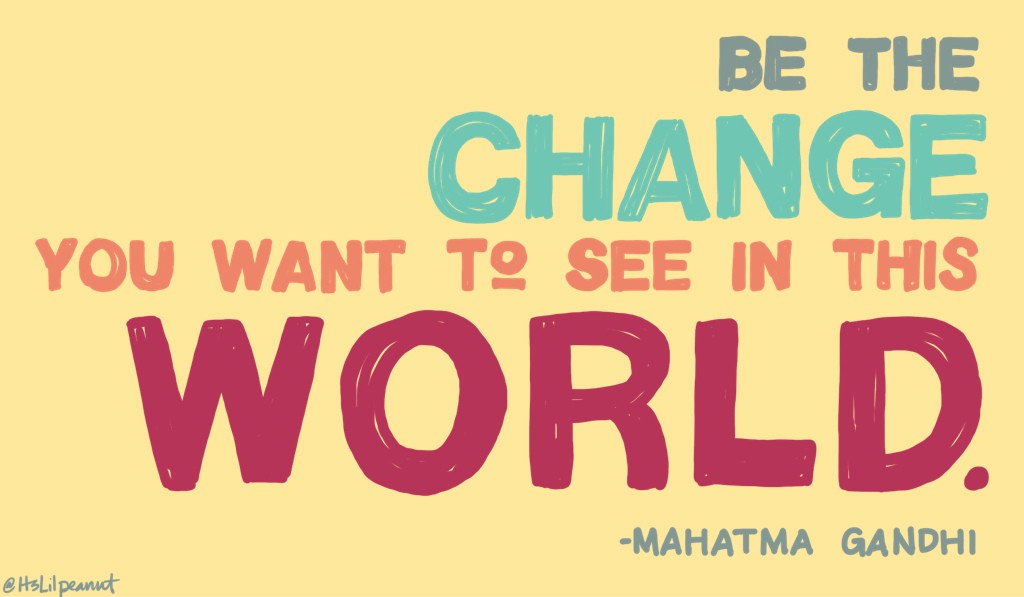